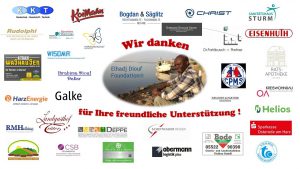 Here you can find the donation form for the Exclusive Company Sponsor Group:

BE SURE TO JOIN US!

Creation of the company sponsor group

The Elhadj Diouf Foundation has set up an Exclusive Company Sponsor Group. Martin Kind (KIND GmbH & Co.KG) prophesied at the gala on September 11, 2018 that “the actual work i.e. the consolidation phase will begin tomorrow.” Indeed a lot of work awaited the EDF quintet in the following weeks, during which the focus was a follow-up of the foundation gala and the implementation of the first project at Sam II Primary School, but also the establishment of a Private Sponsor Group, which is growing almost on a daily basis and shows that the vision of a better world is shared by many. Then came the next ambitious decision: to get local companies on board and to set up an Exclusive Company Sponsor Group. The common goal of this “group of supporters” is amongst other things the current construction of an educational and meeting complex in Kaolack. Matthias Stach is optimistic:”For me, a school together with a sport complex is no longer just a vision. The gala evening showed me what can be generated in the southern area of Lower Saxony. We have long since been of interest nationwide and companies from other regions also show great interest.” The first meeting last Monday in Landgasthof Trüter with 11 exclusive company sponsors (See info box) must have been encouraging for the EDF members. All the companies contribute at least €1000 annually to our foundation and are impressed by the dynamics between Osterode and Kaolack. The particpants expressed their thanks for an “interesting, informative and inspiring evening” showing yet again that this is about “a project really close to our hearts” as described by Tara Lenz from the Sparkasse in Osterode am Harz.

Almost 10 months to the day since Elhadj Diouf’s death a new chapter has been added to the intercontinental story with the establishment of the Exclusive Company Sponsor Group. Visibly moved, Tobias Rusteberg summarized his feelings:”Elhadj and I had always dreamt of what now seems will become reality. The setting up of a foundation, the gala, first projects, strong support from businesses, soon our own school… what a year this has been! His family, our partners from the Association of Koumby Saleh (AKS) in Kaolack and ,last but not least, the EDFs are simply proud that together with the right people they have achieved something great for our ONE world. All of this is sometimes, on the one hand, unreal and, on the other hand, truly fulfilling.” 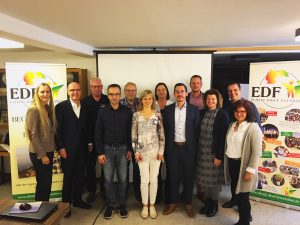 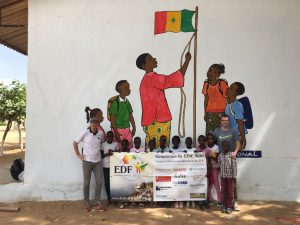 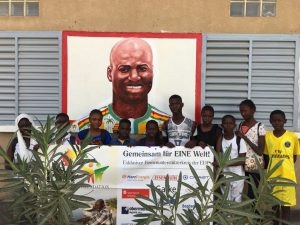