Presidents of the Foundation Council

“Elhadj and I had dreamt for some time of setting up a foundation to promote education, cross-cultural exchange and prospects in Senegal and Germany. Despite the tragic fact that Elhadj’s heart stopped beating much too early in life on 15.01.2018, the visions that he put his heart and soul into will live on in the Elhadj Diouf Foundation (EDF).Our incentive has always been to train junior ambassadors for “ONE” world, who would report on the real Europe, respectively Africa, be active members of society and an inspiration to others to do the same. Working side by side with Elhadj for almost 6 years, including 14 mutually planned exchange trips and the successful expansion of our project into the wider community with so many people keen to contribute on both sides of the bridge and a multitude of ideas for the future were all factors which inspired me to found EDF. If we can no longer realise this project together, then we can at least do so in the way he would have chosen. Perhaps, hopefully, no, he was definitely right: ‘the best is still to come…’ ” 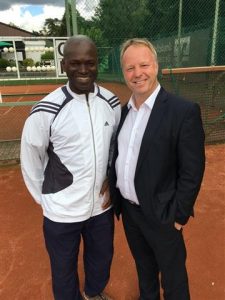 “I have the good fortune to have been born in a part of the world where the following aspects are simply taken for granted: a wide variety of education options, a good healthcare system, sufficient food and a long period of peace. For this reason, I consider it to be my humanitarian duty to do what I can to support people living in less privileged regions on this earth and also to give them prospects for their lives in the future. Through EDF we want to promote ‘learning from one another’.” 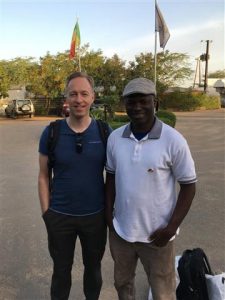 “We take a lot for granted that in other parts of the world is almost unattainable. With our help this difference should become smaller.” 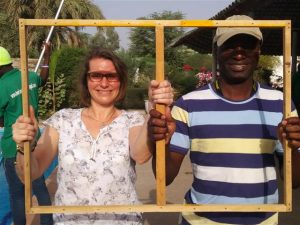 “I am convinced that getting to know and und understand foreign cultures will bring us closer to our goal of ONE world.” 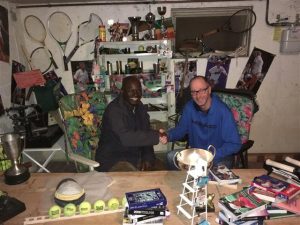 “Building this bridge is to be regarded as sincere, sustainable and direct, because it not only builds bridges, but also pulls down walls!” 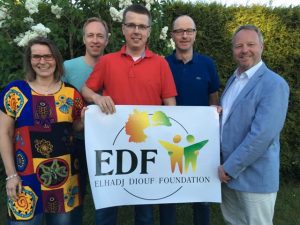